How to learn English with movies 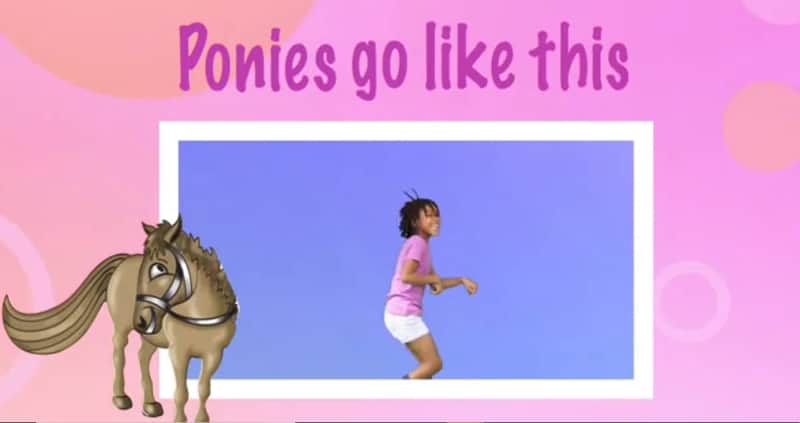 There are times when a short video is just what you need!

Find out how children can learn English with movies. Oh no!  You have run out of ideas, and there are still five minutes of the lesson (I don’t know about you, but I find that pretty embarrassing).  Moment of panic over!  Put on this video.  Play it through once, and then use any of the ideas below to make it a more active teaching tool.

Another good time to use a quick story video is when the children get too excited, and you lose their attention.  Put on a video, like the one below, to calm them down and give you a few moments to get yourself together for the next activity.

If you play a movie often your pupils will soon know the language and vocabulary by heart.

Unfortunately, if you are in China, you’ll be blocked because it’s on Vimeo. If you speak Chinese and you’d like to put this up on Youku, that would be great! However, for people ordering the complete set of story PowerPoints, there are download solutions for everyone.

Bear and his Teddy Bear

Play the video once through with no pauses. Allow pupils to discover the story uninterrupted.

Prepare a gesture, action, or facial expression for keywords in the story. If you are stuck for ideas, ask your class!  The ten keywords and phrases are listed below with suggestions.  First, the teacher says the keyword while acting, and the class copy. Present and mime the first three words several times. Next, the teacher says the keyword without the action, so the class is forced to recall it without copying the teacher.

At this stage, pupils hear and understand the concepts, which is enough as a first step. However, if teaching complete beginners, I consider it too early to ask pupils to say the phrases. That said, if an enthusiastic child starts saying the words, congratulate them!

Once pupils know the first three words, run through the story and elicit the mimes at the appropriate time.  Three to four actions are enough to think about at first.  After that, you’ll need to rehearse the story several times until preschoolers join in spontaneously. Then, add more mimes in subsequent lessons, and revise. A maximum of six actions per story is about right; too many, and everyone gets confused!

I’m tired: To teach I’m tired, yawn with your hand politely held in front of your mouth.  Then, keep demonstrating while repeating “I’m tired” and encourage the class to join in.

Sleep: Place your hands together in prayer position, then rest your head on your hands, as if your hands were a pillow, and close your eyes.

I’m not tired: Look bright and full of energy, with your eyes wide open, and look up, smiling.

Primary school: take an object such as a pen, hold it to your lips, and mime singing into a microphone.

Music: Mime playing the violin. (Apologies to any violinists, the elbow holding the box should be higher than in the picture.)

Preschool: It’s easier for younger children to mime the same instrument and copy each other and the teacher.

Teddy (or teddy bear): Mime hugging a teddy bear into your chest. Have a teddy with you as a prop.

Kiss: Make kissing noises as in the video or kiss your fingertips and blow a kiss to the class

There are many ways to learn English with movies, so there is no need to flog the miming activity to death since you may come back to it in a future lesson. Therefore, after five or ten minutes, show the story again.  Play a guessing game by pausing the PowerPoint before a scene change and asking, “What’s next?”  Is it a story?  Is it a glass of milk?  Hands up, who thinks it a story.  Thank you.  Hands up, who thinks it’s music.  Then show the scene.  Use this game again in a future lesson, and as the children become good at guessing what item comes next, have them do a victory dance or a high five when they get it right.

For children with a little more English, stop the video and ask random surprise questions such as: “What colour is the violin?” Before showing the picture ask, “How many buttons are on the teddy bear’s pyjamas?”  “Are they in the bathroom?  No?  Which room are they in?” Then, point at your eyes and ask, “What colour are my eyes?” Help your pupils answer, and then ask, “What colour are mummy bear’s eyes?”

Creating sound effects is a fun way to learn English with movies. First, prepare sounds that fit with the story. In this case, singing, playing music, slurping milk, snoring, and yawning are suitable. Play the film and have everyone make loud sound effects at the appropriate time. Incidentally, having children make sounds in class is beneficial because it helps shy pupils participate and gain the confidence to express themselves.  Sometimes a child is too afraid to speak in class, and making sounds is a stepping stone.  Plus, these sounds are made in the safety of a crowd which can embolden pupils and encourages vigorous participation!  If children become overexcited, do “snoring” or “sleep,” which calms them down again.

First, display a story scene as a prompt. Then, have your two best pupils act it while you read the narrative and dialogue. In this case, one child is Mummy bear, and the other is Teddy. Next, invite others to perform their version of the scene, perhaps having several pairs act simultaneously. Display the PowerPoint of the scene in question as a prompt. Later, with practise, pupils may be able to mime the story with no visual prompts.

At the beginning of a new activity, there is often some inertia while the class understand the task. The first time nobody will be up for an Oscar, but it doesn’t matter!  This activity reinforces the meaning of the words and phrases, allows the children to hear them yet again. The movement has them participating physically and keeps them attentive so that you won’t get those glazed looks!

Here is a fun idea to learn English with movies. First, demonstrate this with one child, so the activity is clear. Then, have children hide their head in their hands, eyes closed.  Next, play the movie and stop it randomly, asking, “What is in the picture, music, a song, a kiss, milk?”  Pupils call out the answer without opening their eyes.  Then, tell everyone to look and see what is in the picture.

Listening for a word

Pick a word that is used throughout the story, such as “let.” Demonstrate clapping on the word let and have pupils copy. For example, say, “Let me read you a story” and clap on le). Repeat with “Let me sing you a song,” clapping on let. Repeat this sentence form many times until some pupils are clapping with you on let. Have the children join in with you with the clap.  Finally, play the movie with pupils clapping on “let.”

When you use this activity again for revision, stop clapping halfway through and allow pupils to do all the work themselves. Then, repeat the story with a different phrase, such as, “I’m not tired.” Complexify the game as children improve their listening skills, clapping on “let” and on “I’m not tired.”

As with all activities, observation of the class will tell you whether to pursue a task, take it to the next phase, or switch to something else.   Never flog a dead horse! That’s why you need a multitude of short, easy, no-prep activities, so you have plenty of options. (See my games books for options.)

As always, start with a demonstration. Blindfold a child with a scarf or an airline eye mask.  Have the child put on some soft, clean gloves since you do not want fingerprints on your lovely screen.  Next, say, “Touch the glass of milk.”  Take the child’s hand and guide it to the milk.  Say, “Yes!” when the cloth is on the milk and encourage the observers to join in. Finally, take off the blindfold and show the child their hand touching the milk.

Blindfold a different child and repeat, but say, “Touch the teddy bear.” Guide the hand to the wrong part of the picture, far away to be clear and say, “No!”  Have the class say “No!”  Go to a different part of the picture, towards the teddy bear saying, “yes, yes, yes, yes” as the hand gets closer, and “YES!” when the pupil touches the teddy bear. Swap the child at the front, put on the blindfold, and let them try to touch the teddy bear while you guide them verbally, without helping the child physically. Say, “no, no, no….yes, yes, YES!”  Repeat with a third child at the front and have the class join you in guiding with “yes” and “no,” actively participating in the game and not just watching it.

Eventually, the teacher ceases to guide, and the class help their classmate reach the target.

Divide the class into two teams and bring a leader from each one to the front. Teams race to guide their leader to the object, whispering instructions to keep the noise down. So that the leader can distinguish instructions coming from their team, pupils say, “yes Juan, no Juan.” The other team will say, “yes Rita, no Rita.” This game should create some animation, but any team member shouting causes the whole team to be eliminated.  If appropriate for primary school children, one could add left, right, up, down, and stop.

Now you know how kids can learn English with movies, wouldn’t you love to have a collection for your classroom?

Order one of the sets below. Stories 1-10, 11-20, and Special Days have ten movies each. About Me and Daily Life sets contain five stories, each of which has about thirty slides.