Skip to content
PrevPreviousTechnology in the classroom examples
NextTeaching PronounsNext 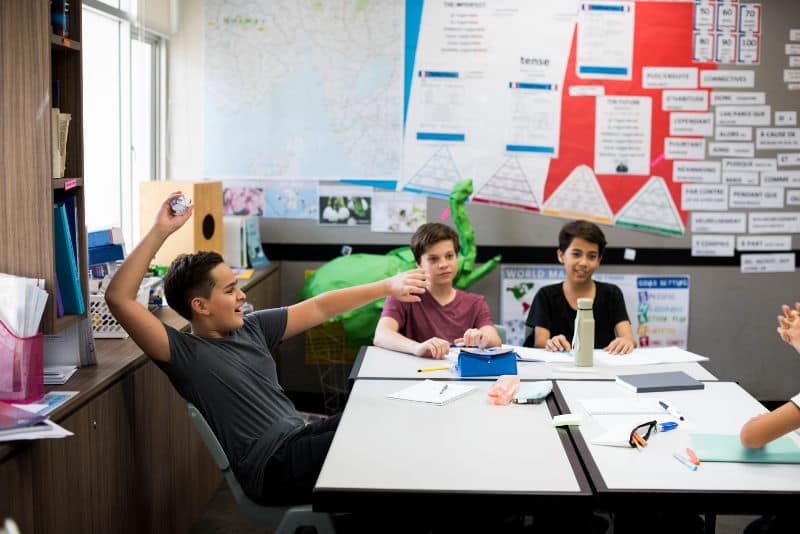 Even one disruptive student in a class can be exhausting for a teacher. So how do you stay sane when one of your pupils disturbs the class and refuses to cooperate?

Here’s Renate, teaching in Spain: “I have a disruptive student who makes teaching especially challenging. He never sits still, even for a minute. Instead, he makes animal sounds, crawls, and jumps about. His goal is always to do the opposite and to disrupt any activity. However, I try not to raise my voice, although he makes me angry. I also feel for the other children who would like to learn English, but in such an atmosphere, it’s tough.”

Solutions for dealing with a disruptive student

Angry people can look pretty comical, so don’t become the butt of the joke! It can be hard to calm a provocative, naughty child. To help you stay cool, bear these points in mind:

If being angry and shouting isn’t an option, then what tools do you have?

2. Look after yourself first

The first thing to do is to help yourself. You can’t help others if you are feeling weak and helpless. The most urgent issue in Renate’s case above is to remove her anger towards the child. When the child provokes her, she feels angry, and the atmosphere becomes tense. This tension arises from the combination of the boy’s naughtiness and the teacher’s anger. Therefore if the teacher’s attitude changes, the atmosphere will change.

First, accept what is. This disruptive student may be so full of energy that he can’t sit still, and perhaps he has ADHD. Instead of feeling mad, try feeling compassion. I understand he drives you crazy, but if you get into a negative emotional state, it won’t help you, and you won’t enjoy the lessons so much.

So be selfish. Change your outlook, even if you change it artificially. Pretend to yourself that this poor boy has difficulty, and it’s not his fault that he is like that. The situation in class will be the same, but you’ll feel better about it.

4. Don’t reward his demand for attention

Shouting at this child, singling him out, will make him the center of attention. He may love that!

5. The teacher is the boss

Just because you understand his difficulties doesn’t mean he is the boss. Be calm, firm, and consistent. Last night, I had a naughty child at my house, and I asked her to move over onto a stool next to my chair. She didn’t move. I asked again. No reaction. So I insisted, nicely, and firmly that she move over – she moved over. If they test you, you need to show them that you ARE the boss, and it’s non-negotiable.

If, after three firm requests, the child still disobeys, try a question like this one: “Would you like me to speak to your father when he picks you up after class, or would you like to sit nicely?”

This gives the boy a choice. He is responsible; he chooses. It’s more effective than just threatening him.

Then, if he doesn’t behave well, you HAVE to follow through and speak to the dad. Empty threats undermine your authority.

7. Does he need to burn off energy?

Since this boy loves making animal sounds, why not use that to help you teach. Use the skit Zoo Talk (from my book of 30 plays and skits for children) and get him to do the sound effects.

8. What if there is no change?

Tolerance: If, after you have asked him nicely and firmly to behave, he is still a total pest, send him over to play in a corner. Just set him aside so that you can at least teach the others. Perhaps he can do a puzzle or play with some toys, well away from the others. I don’t think he will like being cast aside, and he may well want to be re-integrated into the group. You can say yes, as long as you behave nicely.

Consult with fellow teachers and the head of school. See what ideas other teachers at your school have regarding your difficult student. If you have a whole class of disruptive kids, watch “Freedom Writers“, directed by Richard LaGravanese, a great film inspired by a true story that went on to influence the American education system (slightly!)

Use my resources to engage your pupils with stories, games, music, and skits.