ESL discussions – the Secret to their Success 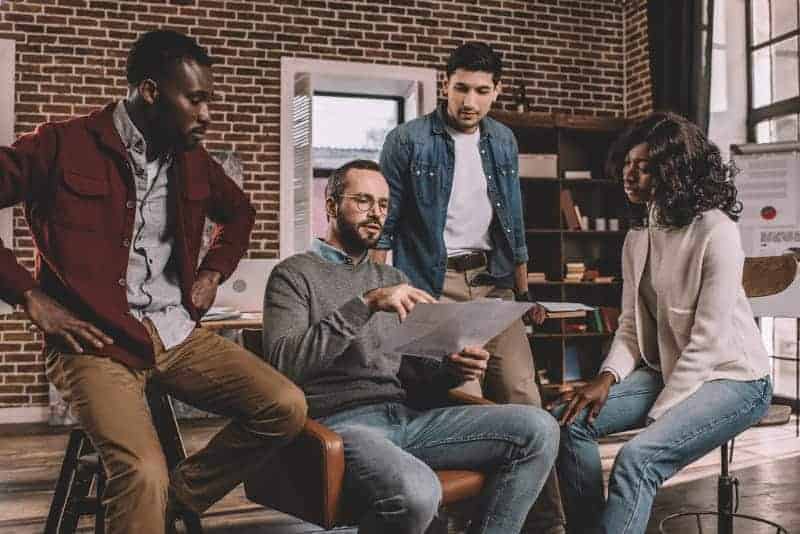 Hello there teachers, and welcome to the secret of ESL discussions! ESL teacher Heike Knapp, living in Prague, wrote this article for me. She is a great fan of my materials and uses games and fun activities in her classes. I hope you enjoy these tips for successful ESL discussions and conversation lessons.

Discussions and conversations should play a significant role in the ESL classroom since they help students gain confidence and fluency in speaking English. The question is: How can a teacher engage ESL students in conversation? Often topics do not appeal, and even if they do, students are often reluctant to participate.

Heike: My situation was tricky because four new students from a different school suddenly joined my conversation class. In addition, I knew that these teenagers experienced a deep feeling of insecurity. Moreover, one girl with severe learning disorders had become completely demoralised. 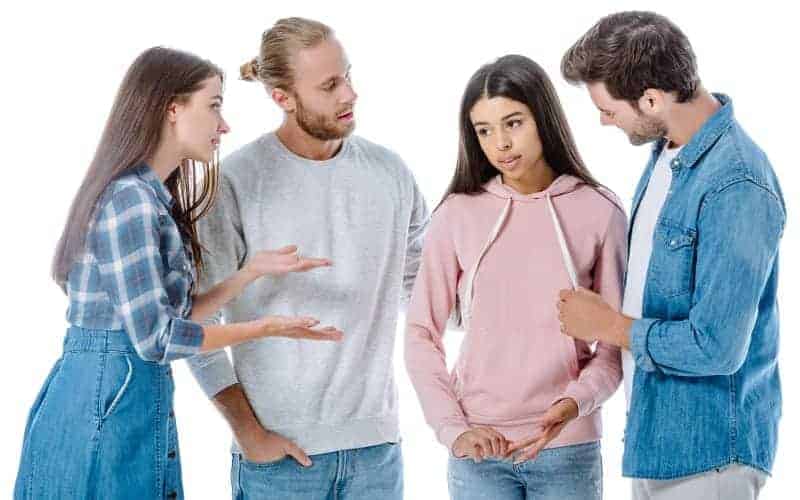 So, when planning the lesson, I kept the shy students in mind, intending to help them strengthen their self-confidence, find the courage to open up to their new classmates, and enhance their ability to discuss.

Having chosen National Day as the topic and the lesson’s objectives to stimulate discussion, I turned to this book: Fun ESL Activities for Teens and Adults – (also published as a paperback). This book has always helped me find good activities to get my ideas across to my students.

Introduction and warm up

After a short introduction to the topic, I asked students to think about their national identity and play a game together as a warm-up. I chose a version of Simple Simon Says from the source above: On my command, the students, who were walking around in the classroom, joined their hands, legs, fingers, shoulders in groups of threes, fours, or fives.

To make it a little harder and more amusing, I also tried the variation of calling out sentences describing actions. For example, Go to the wall, sit on the desks, etc. All the students joined in readily and had fun. They became relaxed and self-confident. At this point, the atmosphere was already convivial and friendly.

Next, I hinted that different countries had different national days, such as Germany, which has Reunification Day. The students agreed that the Germans coming from two different political systems were likely to discuss and draw comparisons with each other.

The next task involved using comparisons. First, I put one model sentence with a comparison on the board. Then, I divided students into two groups, each with a group leader and referee. Then the students were ready for Shelley Vernon’s so-called ‘Speed’Drill’. The Referee said a sentence using a comparative to the first student (e.g., Cologne is bigger than Munich, but the biggest city is Berlin). When the first student had pronounced the sentence correctly, the second could try, then the third until the last finished. The team scored a point when the final student had pronounced the sentence correctly.

A game to get students talking

The next activity encouraged students to discuss and talk more about themselves. This fun game is called: Comparatives get in order. First, I had students stand up in a line. The aim of the game was to change positions to stand in order of certain features each student had. For example, I asked them to discuss who lived nearest to the school. To have permission to swap places, they had to say a sentence like: I live farther from school than Eva. After saying this, that student and Eva could change positions.

The game ended when each student had said at least one sentence and the class had lined up in the correct order from nearest to furthest from school. The students were very engaged, and there was a certain tension created by the fact that everybody wanted to find out about the other, how far he lived from school, when he usually got up, etc.

Another good game for ESL Discussion

The next activity to provoke more discussion was: Getting to know you. I told my ESL students that it was essential for different people in Europe to get to know each other and eliminate their prejudices. For this, I divided the class into two groups and asked them to discuss and put down facts they thought they knew about members of the other group. I gave them some time to think and discuss this in small groups. At this point, the class atmosphere was already really relaxed, and I could see my students talking freely about their suppositions, and they were not shy to ask me for words.

When they were ready, the groups shared things they presumed were genuine about their colleagues: e.g., Jana does not like to study German. The group scored a point if the sentence was true, and the person agreed.

The last ESL discussion activity was ‘Bucket Game.’ For this, I divided my class into four teams and got an envelope with a quiz about European cities. Students had to solve the quiz as quickly as possible, put it back into the envelope and then pass it to another group after putting the group name on the envelope. In the end, I read out the solutions, and each group checked a different team’s results. Then each group gave feedback to the other group: e.g., you knew eight out of ten, which is excellent. And so on.

In this lesson, I tried to make the topic of national holidays meaningful to my students. Playing games made them feel relaxed and comfortable. Even though the students did not know each other well, by playing games, they opened up. At the end of the lesson, they were confident to discuss the topic, and even the shy and insecure ones began to use the language.

Two great books with lots of ideas for ESL discussions

Get all these activities, games, and tips in this excellent book tried and tested by 10,000s of teachers. It is available here in download – Fun ESL Activities for Teens and Adults and paperback.

2 thoughts on “ESL discussions – the Secret to their Success”