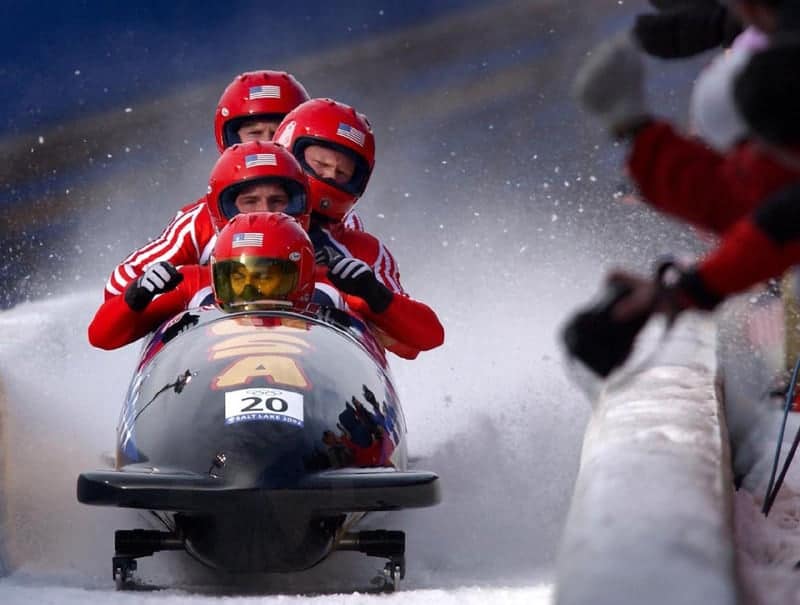 Here are some Olympics lesson plan ideas. When a teacher emailed me to ask, Can you help me prepare a vacation course on the Olympics? I said, No problem!

Firstly, when faced with preparing a five-day course it can be somewhat daunting thinking about “filling” the vast periods between 9 am on the first day and 5pm on the last day. Therefore, it is helpful to think of it, not as five days but many hour-long lessons.

I usually keep the morning for deep language learning. The afternoon can be for related activities like crafts, cooking, dressing up, songs with choreography and more active outdoor games.

In the morning I suggest drilling new vocabulary and grammar through games. Then, play a board game or quiz. Finally, learn words for a song or play script.

In the afternoon after lunch I would work on choreography for a song. Why not choose a national anthem to tie in with the Olympics theme? This can be dance moves or actions and/or acting out the story told in the song. Let those who enjoy dancing execute the dance moves but do not force it on everyone. Those self-conscious ones who are too shy can do actions they feel comfortable with instead.

Next, I suggested working on putting a skit together using language taught during the morning. Put it together gradually over the course so, by the end, students know it by heart. You could then perform it with props to parents. There are a couple of skits on sports in my plays book that would be ideal. You can either download them or get a paperback.

Finally, at the end of the afternoon I would play more language games. However, for this more relaxed time, boisterous games are better. Yet more intense study after a long day may be too much. Therefore choose games with movement. For example, have kids run to the end of the room to collect the correct flashcard. Pla, egg and spoon vocabulary race, Twister and so on.

How about inventing an athletic track and running an Olympics competition?

Obviously, you don’t want the most sporty kid to win everything. But that won’t happen if you diversify your Olympics with medals for the best picture, the best actor, the best singer, the best hair, or the best dancer. Anything goes! Do whatever it takes so every child has a medal in something at the end of the course. You could also include making the medals in a craft hour when the kids are tired. There is loads of scope for miming and guessing sports. For example, Simon Says + the sport, or vocabulary rounders (like baseball).

Two skits (like soccer practise or professions, from my plays for children.)

Choose two Olympics songs and teach students the chorus and actions for the verse. If a student loves singing, or has a higher level of English than the rest, they can learn all the verses. A great song for an Olympics lesson plan would be Whitney Houston’s ‘One Moment in Time‘. Chariots of Fire is a classic Olympics song but it doesn’t have any words! Maybe you can make some up with the students. The Chinese song for the 2022 Olympics is mostly in Chinese, so that’s no good for an English lesson. However, I Believe, sung by Nikki Yanofsky for the Canadian 2010 Winter Olympics would be good. There’s a nice video on YouTube here.

A show at the end of the course

At the end of the course, it is a good idea to put on a show to parents. Parents like to see what they have been paying for, and feel included in their child’s education. Kids mostly focus on short term goals, so a show at the end is a great motivator! Do not worry, a show may seem daunting, but if you break it down it is easy!

Check these two blogs for preparing a show with young kids and preparing short plays in English.

Show off all the vocabulary and language you have covered through games that you perform in front of parents.
Stage a quiz where pupils ask and answer prepared questions in teams. Make sure each side has a buzzer as you would stage it on a TV show. All the questions come from the work you have been covering during the week. For example, hold up a picture for kids to name. Or, hold up a whole picture of a tennis racket and a question mark. This combination means they make a question such as “do you want to play tennis?”