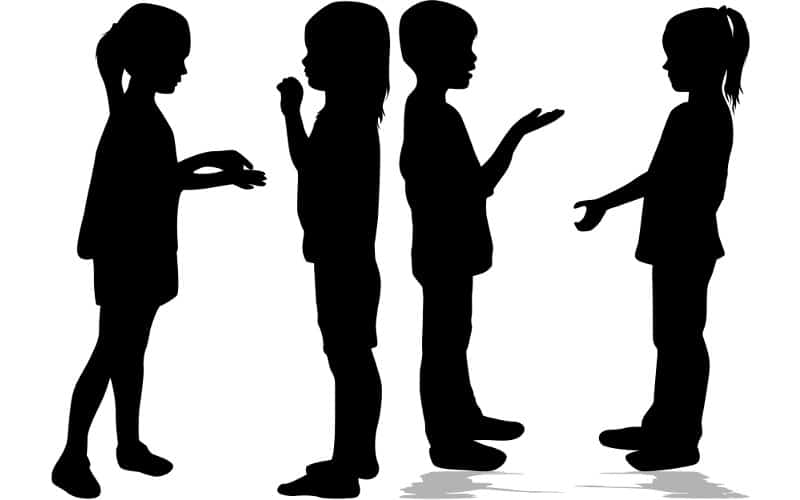 An Italian teacher asked me for social distancing classroom ideas for her primary school children learning English. She owns my book “176 English Language Games for Children” but was having difficulty adapting games when children cannot move or touch anything in common.

The ideas that follow are also suitable for a classroom where the teacher wants pupils to stay at their desks, not for social distancing, but for classroom management.

Here are some ideas for the depressing scenario of a room full of masked children who are not allowed to pass anything to each other or touch anything in common. But first, just an idea that would mean you could potentially use all the games…can you get the children to wear surgical gloves? Then they can play all the games in my books.

If you can’t use gloves because the school are against it, there are still lots of games in my books that do not need contact. And you should still get the kids moving, even if it means they stand up in the aisles and make moves there. For example the “freeze game” would work even with kids at desks. so, have six kids to stand up, do some actions you define and freeze when you clap. Then, the others guess what they were doing, then swap over. Here are some more games that can be adapted for no contact:

1. Relay Race – but don’t pass anything down the line.

2. Battleships – there is no touching in this game but kids need to work in pairs. You can use Battleships for straight vocabulary, and also for short phrases, and for grammar. It’s super versatile. That game is in my teen-adult games book but I’ve attached some grids for you to this email.

3. Check this blog on my ESL Online Games – of course! You can use all these, and they are brilliant games.

4. A calm activity, could be Find the Pairs memory game. However, to adapt to a social distancing classroom, play this in pairs but only one child touches the cards. Use only 16 cards (eight pairs) to keep the game short and manageable. To get lots of sets easily have kids draw their own sets on 220 gram card that they divide into 16 squares. You can draw a model on the board of the squares and useful vocabulary in each square. Favour objects that are easy to draw like a ball, a hat, a bag, keys, a house, a chair – all useful vocab that is in the CERFA curriculum.

Continue to give pupils the benefit of pairwork and group work, but make groups by having kids arrange their chairs in a circle, keeping a distance.

For those who have my ESL Online Games book, or are thinking of purchasing it, here is a list of all the games that you may use in a social distancing classroom. Have fun, enjoy, and don’t let the draconian authorities get you down!

Adjectives memory game (adapt to any vocabulary) To make an easy version use colour + noun. A blue car. A red book. Stick to easy adjectives in their vocab spec like big, small, fat, thin, tall, short.

Battleships, Blind directions, Blind drawing and Blind Painter, all of which need pairwork but no touching.

Blow your house down, Boggle, Brainstorm, Build a sentence – could do this in pairs or threes, no need to touch.

Charades is better in three groups of 8-9 otherwise it can drag, no need to touch. Play it to guess an easy sentence, not a film title (too difficult). So a child mimes something like “I love my dog” and the others guess the words/sentence.

Fizz Buzz is too slow with 26 kids, but to teach them the game, play as a class. So make it super easy at first and play as a class, with only “Buzz” for 5 and anything divided by 5. They will need practise but it’s good for them. When they have it as a class, divide them into three groups to play together.  In the next lesson, as a class, add the Fizz for anything divided by 2. To teach them that you can do a clapping game first, so everyone counts up in English and every time something is dividable by 2, everyone claps. Drill this till they are good at it. Then you can play “Fizz-Bizz” as a class. When they get it, put them in groups. You want to use Fizz Buzz for ten minutes of each lesson, and gradually they will get better at it.

Flip a card – do a simplified version with fewer cards and play in groups – no need to touch, the same person flips the card each time.

Gap-fill game, Grammar drill and Grammar knock out, Guess the actionGuess the question, Guess the word, Hand sign stories, Hangman (snowman to be politically correct), Rivet (just hangman but with sentences), Hide and seek prepositions – could play as class but better in pairs or threes but no touching. Higher or lower – best in pairs but can do as class, Hot seat, I spy, Jigsaw listening, Jump the line, Keep a straight face, Last word – pair work, no touching, one child scrubs out the words, Lucky number, Mad gabs, Make a sentence or a question,  miming games and miming emotions and vocab, Noughts and crosses, One lemon.

Pupils take close-ups at home for homework and email them to you. Give pupils a list of thirty words to choose from. Next, put kids in three teams, and they guess what the items are in next class. It’s great if you can project the photos on screen in class that is.

An ongoing activity for ten minutes of every lesson is to build a giant quizz. Create a mix of questions from vocab, simple grammar, and simple facts like Where is Spain? It’s in Europe. Where is Seville? It’s in Andalucia. How do you say “agua” in English? Water. What colour is Ines’ hair? It’s black.

Reading comprehension, Recognising tenses, Remember and Write, Scissors paper stone, Sentence play off – may be too hard, but they will get better with practise. e.g. dog: I have a dog. My dog is black. I love my dog. My dog’s name is Macron, My dog is hungry. My dog is big… use that as an example then play the game with the word “cat” – leave all the examples on board as prompts. And go from there.

Vocabulary memory game – you need sticky tack and flashcards, What’s that sound – good for animals, for household objects, Which one has gone – better in groups but you could use it for 10 minutes with all 26 – bit of a drag with 26 so keep up a fast pace – heads down, heads up, which one has gone? go quickly so they are constantly moving or searching. Who said it, Who wants to be a millionnaire, Word flashcards, Zip zap vocabulary – not great with 26 but you could use it, then split into two groups once they know the game.

Paper cup telephones work as sound travels along the string. You only need three things to make one. A search for ‘how to make a paper cup telephone’ will yield videos and websites with instructions. I won’t put a link here because from one day to the next websites are taken down, so it would potentially be obsolete. To make the telephone you simply pierce the bottom of each cup, thread string through and knot the string at each end.

For the phone to work well the string needs to be stretched tight, so make small holes and tie a big knot!