All games in the following lesson plan for present simple passive voice are from Fun ESL Activities for Teens and Adults by Shelley Ann Vernon. This resource is available in instant PDF download or paperback on Amazon. In addition, you may order it from your local bookstore ISBN-13: 978-1478213796

On the other hand, if you are teaching online, my ESL Online Games book is better.

Next, assign homework tasks. For example, prepare a quiz where students come up with five questions about a famous person.

After that, students could make anagrams of present passive voice sentences for others to unravel at the next lesson.

First, discuss when we use passive speech.

– We often choose passive structures if we want to talk about an action, but not about who or what does or did it.

– The passive voice present is often used when talking about:

Opinions, beliefs, and generalizations: Chinese is thought to be a difficult language. London is considered to be expensive. It is believed by some that we never landed on the moon!

FORMATION: BE (is) + past participle

Next, compare active and passive sentences, such as:

This book is being read by Sally. Thing receiving action + verb + past participle of verb + by + thing or person doing the action

Next, write more active sentences on the board and ask students to convert them to show they understand. Finally, have students write these examples down for the next game.

Traffic wakes me every day. / I am woken by traffic every day.

Many Germans drink beer. / Beer is drunk by many Germans.

First, demonstrate on the board with a couple of students, then play in small groups or pairs. A student reads out one of the sentences on the board. First, the teacher calls out “subject,” and students race to swat the sentence’s subject. Continue by calling out “object” and “verb.” Now, call out “subject” and roll a dice. If it’s an even number, students race to swat the subject of an active sentence. If it’s an odd number, they compete to hit the subject of a passive sentence. Repeat the demonstration using “object.” Now students should be ready to play in threes, or small groups, with one student rolling the dice and calling out the parts of speech.

Students can slap their hands down on the words rather than use fly swatters. However, fly swatters are good for the board demonstration.

Decide whether the following sentences are grammatically correct. Students play in teams. A student reads out sentence one. Those who think it’s correct stand up on the count of three. All those students who remained seated are out and go to the side of the classroom. Move on to sentence two and repeat; all those students who sit down are out since the sentence is correct. Sentence three is incorrect, so all those who sit down are in; those who remain standing are out and go to the side. Continue to the end and the team with the most players still in the game win. 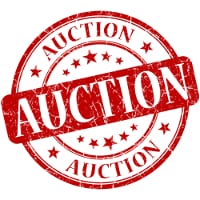 Use these examples as a base but edit them to contain people or places relevant to your students. For example, instead of the Canadian basketball question, you might prefer Miley Cyrus, a top teen idol, or for South Korea, why not Se Ri Pak, the female golfer who became a national heroine. However, don’t be too cryptic, or the game will drag. Next, put students in teams and give points as follows:

– Ask students to count every occurrence of passive tense usage in the five clues. Give 5 points to each team for the correct number, 4 points if one is missed, 3 if two are missed, etc.

– Then, give 5 points to each team that guesses one of the clues. For homework, students write several clues to ask other teams which you can use to play again in the next lesson.

Play Relay Race as a speaking fluency drill. Teams pass down a simple present passive sentence, such as, “First the clothes are washed and ironed, and then they are given to the poor.” Play several times, with a different passive sentence each time.

First, cut up the lyrics of a song, one set for each small group of students. However, with a long piece of music, give each group a section of the song, not the whole thing. Next, play the song two or three times while students put the words in order. By the way, the website lyrics.com is brilliant for finding specific lyrics. For instance, in the search bar for lyrics (not artists or albums), using quotes to narrow the search, type ‘are loved,’ and you’ll find songs with that phrase. Then, go to YouTube (or your equivalent) to find the song. For example, I chose Kim Wilde, Loved, which repeats the phrase ‘you are loved’ several times. Though, for the present progressive passive voice, try Steven Curtis Chapman’s, ‘You are being loved.’

To begin with, you might want to show students how to do this and get them to select a song for jigsaw listening for the next lesson. Certainly, it’s great to involve students in creating their tasks, using songs and topics of their choice. Specifically, it involves them and helps them realize that they are responsible for their learning.

Ten Important Sentences with Watermelon: Divide students into teams and have a list of jumbled passive sentences on the board, a different list for each group. To begin, the first student from each team comes to the board and starts to decrypt the first sentence in their team list, but they can only work on the sentence while repeating “Watermelon” without taking a breath. When the student runs out of breath, the next student in the team comes up and takes over. As a rule, have small groups, so students don’t wait long between turns. Additionally, aim to have several students working simultaneously at the board. On the other hand, if there isn’t enough room, use large sheets of paper on the walls.

Give these quiz question examples to students and ask them to make up five questions for homework, on any topic they like. However, each question should use the passive tense. Then, at the next lesson, collect the questions and use them in a team quiz like Jeopardy or Blow Your House Down.