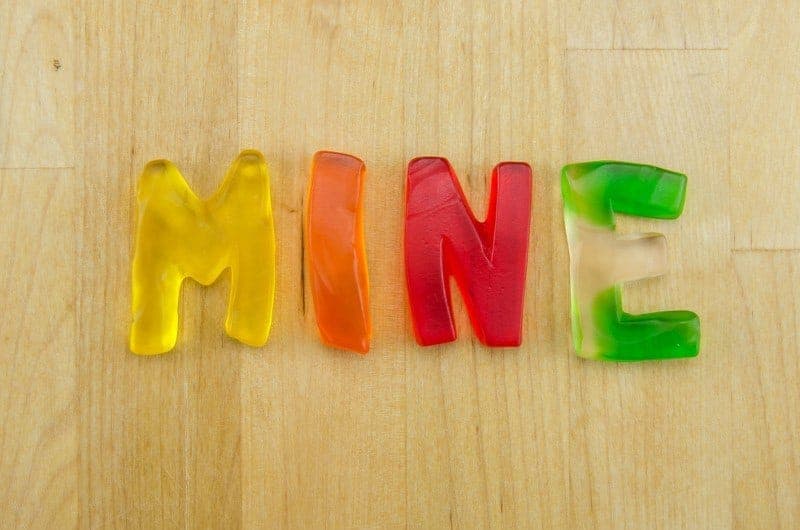 Possessive Adjectives are my, your, his, her, its, our, and their.

Possessive Pronouns are mine, yours, his, hers, its, ours, and theirs.

A possessive adjective is not used alone. It’s my book.

Possessive pronouns can be used alone. It’s mine.

A possessive adjective describes the noun, so it comes with the noun, not alone.

A possessive pronoun is used without the noun.

Whose watch is this? It’s hers.

It’s your problem, not mine.

Often confusion with this sort of grammar is down to the fact that students have never actually grasped either set of possessives. For example, are they able to recite the list of possessive adjectives from memory? My, your, his, her, its, our, their. If they cannot do that, there is little wonder they mix the two sets up.

First, do some drill games on the possessive adjectives until students know them backwards. You could play Simon Says, telling students to touch things in a selection of pictures. You need a picture of yourself, a man, a woman, an animal and a group of people. Demonstrate this first using these commands:

For “Touch their hair,” students need to touch more than one person’s hair at the same time. However, bear in mind that many students will not want to touch others or be touched, so it’s safer to use pictures or dolls.

Next, put students into groups of four to play together, with one of the students being Simon. If you don’t have enough pictures have each group quickly sketch a man, woman, baby, dog, and a group of two people using stick figures. 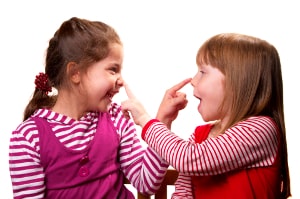 Next, erase “yours,” leaving “It’s” as a prompt again. Continue until you have erased all the pronouns and students know them from memory.

Here’s a fun game for teaching possessive adjectives and pronouns together. It’s called ‘Joker,’ and it’s in 176 English Language Games for Children. Instead of asking a question, students take turns to create any sentence using the two types of pronoun.

Deal out half a pack of playing cards, including the jokers, to a small group of up to six students. The players must not look at their cards but place them face down on the table. Player 1 turns over a playing card from their pile and makes up a sentence using the two types of pronoun such as, ‘It’s my book, not yours.’ If this sentence is correct, the card is taken out of the game. If it is incorrect, the card is placed in a pile in the middle of the group.

Continue with player two, who creates a different sentence, such as ‘It’s your money, not mine.’ When the joker turns up, the person who turned it over must collect all the discarded cards from the pile in the middle, unless they have just formed a sentence correctly, in which case the joker is taken out of the game. You may like to add in a couple of extra jokers from another pack for more action!

If you are teaching teens or adults, you could play Typhoon along the same lines or Grammar Drill. In addition, you could play Guess the Question using questions with the two pronouns, such as ‘Is she your girlfriend or mine? Are they our pens or hers?’ (All those games are in this book of games and activities for teens and adults.)

Note: « Its » is rarely used as a possessive pronoun because « It’s its » sounds funny even though it’s correct grammatically. It’s more common to use « It’s the dog’s. »

Get one of my great games books, and you will never be short of a fun idea again. Plus, I’m here to help if you need me.

For more fun games, please check this post how to teach possessive pronouns.