Secondary students can be difficult to teach, especially when they find the topic useless and boring, and English grammar often falls into this category in their teenage minds!

Authors like Puchta, H. and Schratz, M. (1999) were both confronted in their professional careers with the problem of poorly motivated teenagers. They ascribed this to the fact that teenagers see their learning objectives as far off, and their lack of social skills to interact prevents them from learning efficiently (page 1). Before discussing enhancing language competencies, the authors ask how to improve teenagers’ ability to communicate (page 3). The authors feel that sharing feelings, empathizing with others, and being tolerant are beneficial long-term goals in language education. Harmer (2007) hints that teenagers greatly need peer approval. Therefore, apart from providing interesting and provoking learning material, the teacher’s task is to strengthen students’ self-esteem.

As well as these broader issues, teaching grammar is essential, not only in the national syllabus of each country but also as a tool to build correct and meaningful sentences so that students learn to express themselves and discuss their own opinions. But mastering the grammar of a foreign language usually takes time and effort.

Here are four English grammar games that provide a framework for students to practise, learn and use a grammatical structure in a meaningful context.

All four games are from this source in download  and paperback from Amazon and other bookstores).

A great English grammar game to work on comparisons is: ‘Get in order.’ It can be played with a pre-intermediate group as a warm-up. For example, use it at the beginning of a new term  group or as a follow-up activity after introducing comparatives.

To play, the students should stand in a line. However, it’s best to divide groups of 20-26 students into two or more teams. The aim of the game is to stand in the order of certain features or attributes. For instance, the teacher asks students to discuss who lives nearest to school, has the most hobbies, speaks the most languages, and so on. Then, to obtain permission to swap places within the line, they have to say a sentence like: I live further from school than Eva. At this moment, the students can change positions.

Usually, making these comparisons gets students talking, asking each other about themselves. The first round ends when each student has said something, and the class has queued up in the correct order from nearest to furthest living to school.

Students are usually very attentive and focused while playing this game because they like to find out information about their mates and compare.

It is best to avoid asking questions about the socio-economical situation of students or things they may prefer to keep private, such as their age or weight.

Guess the Question is a helpful revision game for constructing sentences. Students are particularly keen on learning whole phrases as they seem practical and potentially relevant.

To start, write a gapped sentence with the first letter of each word on the board, for example; W_____ I__ Y__ N_____. (What is your name?) Then, divide the class into two groups. Team A guesses the first word. If they are right, they can go on to the next one until the sentence is complete. However, if team A is wrong, B takes over, and so forth. The team which guesses the last word gets the point. Alternatively, give one point for each word.

I use this game to revise and drill complex grammar (such as the third conditional), and I often have students prepare the sentences to guess for homework.

This game is a favourite among students, as preparation for the oral part of the final leaving exam.

A fun game to revise any grammar is Time Bomb. To play, you need either a wind-up toy, an oven timer, or a stopwatch, and preferably that audibly ticks.

First, start the timer. Then, ask a student a question which he has to answer immediately. If the timer stops ticking before the student has finished, they lose a life. I like to play this with a longer time span. So, I make teams and ask team one a series of questions. Students answer as many as possible before the timer stops.

Adapt this game to any language level. For beginners, simply ask: Do you like bananas? Yes, I do. No, I don´t. For more advanced students, you can use questions in other tenses and so on.

Alibi aims to practise questions and gain fluency in asking questions in the past tense.

The teacher’s role is to monitor, help with vocabulary, and gently correct questions. 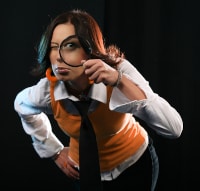 I pretended that one of the students had been accused of committing a crime. First, I described his appearance, so every student recognized who I meant. Then, the suspect went out of the classroom with a friend to help him create an alibi.

Outside the classroom, I explained to them that they were accused of having looted a shop last night and that each of them would be cross-examined by two different groups of policemen. Therefore, they should be very careful not to contradict each other in their statements, or the committee would find them guilty. So their task now was to think about a very plausible and detailed alibi.

When I came back into the classroom, I divided the other students into two groups so that each group would question either the accused or his friend and alibi. I explained to both groups that they should cross-examine each of the suspects and find out by asking if there were any differences in their accounts. If there was a difference between the two accounts, the second examined was likely to have committed the crime.

I gave the students approximately 10 minutes to work out questions, and I helped them with vocabulary and made some grammar corrections.

When the two suspects came back into the classroom, each group cross-examined them until the committee found a contradiction in the statements.

The first time I used this activity was for a 7.00 am class!  Naturally, the students were not happy to be in school so early in the morning. However, when they saw that we weren’t going to open our textbooks, they became very active and involved. They were also motivated by the thrill to convict the criminal.

Yet, I had to help with the language and write some of the questions on the board. Some students could not remember the question words (when, why, how often, with who) and found it difficult to use did + infinitive in the questions, although we had done past simple questions in the workbook before. Therefore, before using Alibi, I recommend playing a drill game firsts, such as this one.

However, the activity provided good language practise because the students of the committee team kept repeating the same questions about how many beers the suspect had in the pub and which friends they met. Sometimes, I had to intervene and encourage them to ask about different information.

Nonetheless, the activity was excellent in motivating students to get involved in the lesson (at last)! In addition, they practised and repeated past tense questions.

Play some drill games using past tense questions before this game to refresh students’ memories. This refresher will make Alibi go more smoothly.

Give students a worksheet or some jumbled questions to put in order just after the game to consolidate the work.

In addition, using this game a second time will be easier for students.