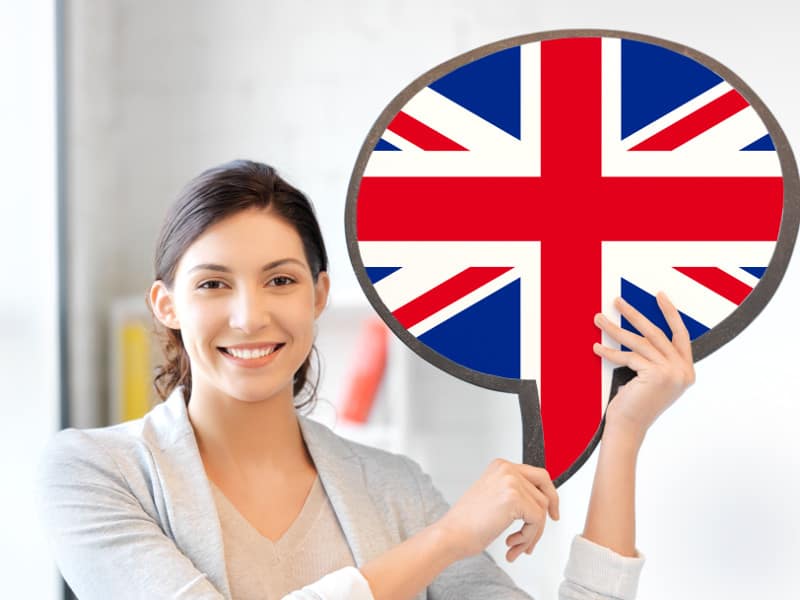 For owners of Teach Your Child English

This demo lesson video is to use with my book ‘Teach Your Child English.’ This video is private, and only book owners have the password.

Below is a video demonstration of a private English lesson.  This video demonstrates how to teach a child English, and the topic is the present perfect: “I’ve forgotten my…” via a skit.

Access to this “How to teach a child English” demonstration video is available via the password included with your purchase of Teach Your Child English.

The video commentary for this lesson is in the book and on this page for easy reference.

I recommend you read the commentary for the lesson with Anna before reading this as the teaching tips mentioned there are not repeated here so as not to become monotonous.

Julie is 12 and is learning English at school. She spent about six years at primary school learning colours over and over again, and “my name is Julie.” In her first year at secondary school, the pace has suddenly changed, and at first, Julie was lost. But after two lessons with me, she’s top of the class! This rapid progress is because of my teaching method and because Julie is bright. The language taught in this lesson is all new except for “sunglasses,” which she already knew.

Because Julie is already 12 and is learning English in school, I get her to say the words right away, unlike in the lesson with Anna, where English sounds are pretty much new to her. So we spend 22 seconds on the words as Julie picks things up quickly, and I think she’s ready to start the first game.

A super handy game for teaching a child English vocabulary. This game works better with more people, but it’s still a good game with two. You may not be able to tell, but actually, I’m being deliberately slow at first, as the person speaking has such an advantage. Still, I’m not going to be slow every time, as if Julie thinks I’m faking the game, she’ll lose interest. So when we start alternating saying the words and awarding points to ourselves, I tip the balance in Julie’s favour by picking words closer to her than they are to me.

This version of Mystery Bag is a cross between the Blindfold Guessing game and Mystery Bag. It just shows that from a base number of games, you will soon be inventing an unlimited number of variants once you get started. Also, this speaking game gives Julie more opportunities to say new words. Notice how I gave her the keys and the coat several times as she had trouble with those two words.

Another super handy game for teaching a child English vocab. A fun game for more speaking, which also gets those brain cells tingling as your pupil notices which item or picture is missing. See how I move several things but don’t necessarily take them out – that’s a decoy. You see, Julie can hear the object being moved; whether it’s paper or keys, or a big item like a coat, she’ll hear the air moving. So I make a noise with the hat flashcard but actually take the gloves. But, of course, you would not do that with a three-year-old, at least not the first time you play! Also, use far fewer items with a three-year-old – I suggest starting with only three, preferably objects instead of pictures.

If this had been with Anna (who likes to run the show), she would have asked for a turn. I didn’t give Julie a go because I wanted to show you different games, but I’d definitely ask her if she wanted a turn at moving the items in a real lesson. This way, you play together rather than the teacher ordering the pupil about the whole time.

Sorry, the light is not very good, but I was limited to where I could stick the pictures. The idea of this game is for Julie to repeatedly hear “I’ve forgotten my” and then have a turn at saying it. When Julie first repeats the phrase, she says, “I’ve forgot my bag.” I immediately correct her because she will drill that repeatedly, and it must be accurate. Otherwise, you will drill an error. She keeps trying to say, “I’ve forgot my.” Notice how I correct her, not by speaking but by indicating she’s made a mistake and letting her correct herself. It’s much more satisfying for her to correct herself and thus “get it right” rather than be corrected by me and have “gotten it wrong.”

It goes without saying that if you don’t want to get into this ridiculous position, use a variant such as aiming over your shoulder or a movement that is acceptable to you and your culture.

I’m using this game for short dialogues. Before we play, we rehearse the conversation a couple of times, and I make sure Julie is saying her part correctly. The “chase” card is the sunglasses in this game. Julie is much quicker the second time the sunglasses come up. In a real lesson, I would have played this a few more times and added more “chase” cards to make the game more exciting. For example, sunglasses and hats could be “chase” cards. Also, I’d have let Julie take a turn turning the cards over.

This is another speaking game to run through the nouns, and because it uses word flashcards instead of pictures, it also introduces spelling. One always plays several games with word flashcards before expecting pupils to write the word themselves. Julie realises what game we are going to play, it’s called “Bataille” in French. She beats me fair and square, without me pretending to be slow!

Oranges is a daft game; the idea is to take the fruit sitting on a flashcard on the table and carry it over to a matching flashcard somewhere else in the room. Really at this point in the lesson, I was just doing a demo of the game for you – it was not necessary from a language point of view. After putting all the fruits on the matching picture or word card, the pupil can name all the words and count how many they got on target. A benefit of this game is that it involves movement to break up the sitting in between Snap and Noughts and Crosses.

We get ready by picking out five cards each. Using word cards is another exposure to spelling. With younger children who are not learning reading and writing yet play the same game but with picture cards.

The language in the lesson has been leading up to putting on this role-play, “Ready Steady Go.” It’s available along with 29 other plays in download and paperback. The role-plays are for age four and upwards as they are too ambitious for the average three-year-old who is beginning in English. Note that before we start this role-play, we have learned ALL the language by heart and gone over it in listening and speaking games. We’ve even seen how some of the words are spelled. This fact means that it’s pretty quick to put the role-play together – it only takes us about ten minutes! Afterwards, we put it on to the mum, using a real car, and the mum said, “this is just what it’s like every day when we leave for school!”

So the first run-through, I take Julie through the play to discover the plot or events. I feed her the lines. The two chairs are our car, which I am driving, and she’s the passenger. At the end of the first run-through, I explain to her that I’m the driver and I’ve forgotten my keys. See how she understands me when I speak at an average speed with the aid of context and mimes.

The second run through

We run through it again, and there’s a shortcut when we move the props outside the room. I left it all in so you can see the whole process. When Julie goes off to get her gloves during the second run-through, she spends ages putting them on. This faffing is classic, and the younger the kids, the worse it gets. The children get so involved in the props that they make the dialogue drag. So when I go and get my chauffeur’s hat, I tell her just to come in with the gloves as otherwise, the play is boring for spectators. She quickly gets the point. With younger children, I simplify the props, even removing them sometimes. The pace can quickly drag, especially when you have a group of kids rather than a one-on-one situation.

I’ve shown you all three run-throughs so that you have the entire process. Of course, with younger children or those who have not had a term of English at school already, you’ll probably go slower. In that case, I recommend putting the play together over several sessions. Indeed, Julie and I can further rehearse and refine our little skit in future lessons for fun or perform it to family members.

Show the skit to an audience

If you are a teacher, prepare skits to show parents at the end of each term as the children love to show off and be the centre of attention. In addition, parents are pleased to see results and proof that some learning has been going on in the classes they have financed. Plus, it’s great fun for all concerned!

If you need help or have any questions on teaching a child English, please feel free to contact me. I’m here to help make your teaching a success.